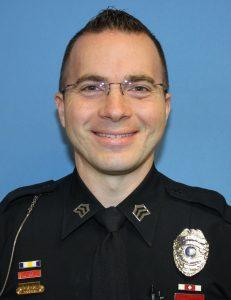 Norm grew up in Midland, Michigan where he attended and graduated Midland High School in 1998. After high school, he received an Associates Degree in the applied Science of Criminal Justice from Delta Community College. While attending college, he was hired by the Midland County Sheriff Department as a part-time marine patrol Deputy. He then attended the Northeastern Police Academy at Delta College and graduated in December of 2001.

Sgt. LaBonte was promoted from Officer to his current position of Road Patrol Sergeant on November 18, 2017.  He originally joined the department on 12-21-2009.