The tracks will allow for emergency response and rescues in difficult terrain not only during snowy winters but also on hills, uneven wooded areas and swampy marsh areas. More traction will provide for greater stability and the vehicle will have more ground clearance to be able to clear deeper snow and standing water and mud.

This specialized vehicle is available for use by the Gerrish Twp. Police Department and Fire/EMS Department for search and rescues, injuries or accidents in areas where ambulances cannot reach such as sledding hills and frozen water, and for stand-by services at large community events as a patrol and transport vehicle.

The Ranger has been utilized in many incidents since it was obtained originally through a U.S. Smokeless Tobacco Company grant written by Chief Hill in 2007. Additional equipment was added such as the Freedom Cab and the rear Stokes Carrier and Jump Seat. Now most recently, with the addition of the Tracks System, this specialized vehicle becomes one of the only of its type in our County. It will be available for call-outs to our neighboring agencies through mutual aid whenever necessary and will further benefit our community and visitors to our area.

In the fall of 2006, Chief Hill applied for a National grant donation program entitled “Operation Ranger” sponsored by the U.S. Smokeless Tobacco Brand Inc. The U.S. Smokeless Tobacco Brand Inc. donates approximately 70 units a year across the United States to Public Safety agencies based on a competitive grant application. For the grant cycle in 2007, 70 units were awarded from over 2000 applicants across the country.

On June 27, 2007, the Chief received an award letter from Dan Butler, President of the U.S. Smokeless Tobacco Brand Inc. indicating that this Department had been selected. In the first part of September 2007, the Department received delivery of the unit from Spicer’s Boat City in Houghton Lake, Mi. Since the delivery, the Department has made the unit ready for use by the Fire/EMS Department by equipping same with a means to transport a Stokes basket and a “Paramedic” seat in the bed of the unit. Future plans will include enclosing the cab area of the unit for more practical use in the cold winter months.

A big thanks to the U.S. Smokeless Tobacco Brands Inc. for their consideration for our grant and their donation of the unit. 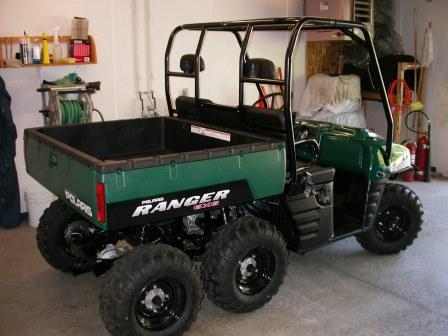 Seen as originally received by GTPD after donation by the U.S. Smokeless Tobacco Brand Inc. 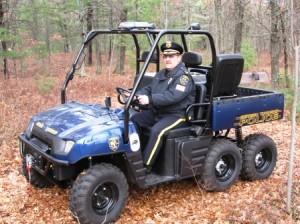 Stage 2 of the Project complete with the addition of the removable patient carrier, seat, paint, and decal job. 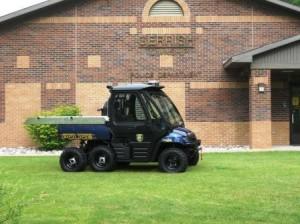 GERRISH TOWNSHIP BOARD FOR THEIR SUPPORT