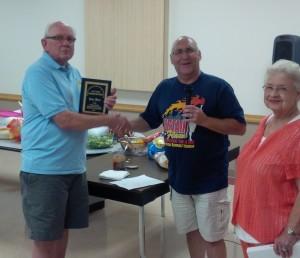 John Klein received the 2014-2015 Citizen of the Year Award.  He has served on the ACT NOW Board for several years and is always volunteering time for ACT NOW and CERT projects and fundraising efforts.  Thank you John for your dedication and service to the community! 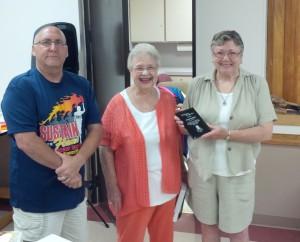 Ginny Trombley was presented with an award plaque for her 13 consecutive years of service on the ACT NOW Board.  Ginny has resigned as the GAP #2 Representative but still plans on being active with both ACT NOW and CERT.  Thank you Ginny for your dedicated service to ACT NOW and our community! 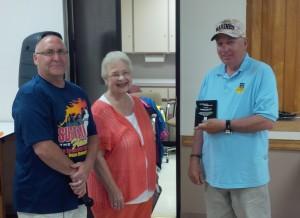 Stanley Baysdell was also presented with an award plaque for his 12 consecutive years of service on the ACT NOW Board.  Stan has resigned his position as the GAP #3 Representative but still plans on chairing our “Scrap Metal Project” and help out when he can.  His position remains vacant and a new representative will be appointed by the board in the near future.  In the interim, Stan has agreed to act as the temporary GAP #3 Rep. until a new one can be appointed.  Thank you Stan for your dedication and service to ACT NOW and our community!